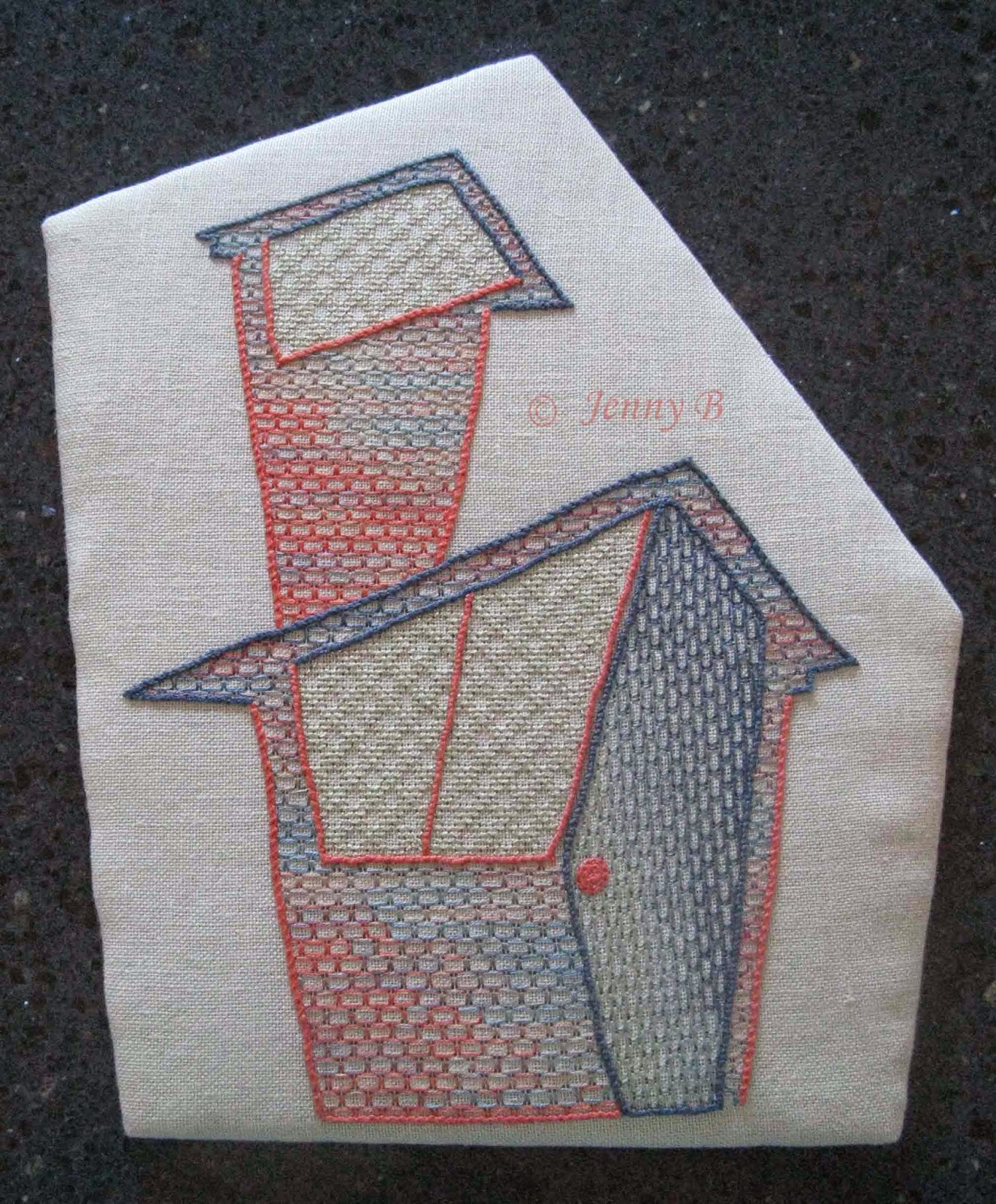 At last I can finally reveal another finish. This one was a challenge for Stitchers Plus, a creative stitching group that I belong to. Our challenge was to stitch a house, any type of house, it was our interpretation. They must all be on the same angle as well. Please note the angle at the base, it is not 90 deg. The idea was that all the houses could be placed in a line to form " Thread Needle Street", and the angle would make the street curve and make an interesting display.

At the time the challenge was handed out, my mind was in a whirl, but went straight to our holiday house on the beautiful Mid North Coast. That afternoon when I came home and Googled 'Houses', I found soooooooooo much inspiration! There were tree houses, beach houses, colonial houses, Australian houses, Victorian houses, gee........... I could go on forever! In the end I went with my original thought.

The finished piece is in reality nothing like our holiday house. There are certain similarities, but not a lot. I played with a photograph of the front of the building, cut it down, eliminated lines, changed angles etc etc. It was meant to be a creative piece, and I was only after inspiration.

I have played with pulled thread stitches in this piece. I have wanted to play with pulled work for quite some time, and this was the first time in colour. It is interesting how the eye sees colour first, so the texture of the stitches used can be a little lost. I think I have managed to keep the texture, using certain stitches in certain directions to give certain effects. The colour changes also adds some light and shade. giving some dimension. I still think the piece needs some more dimension though. I wanted to put some plants in the garden and some window pots, but time got the better of me. I might still add them now, but we will see. It means pulling the piece apart to add them in I think,  and I am not sure I want to do that just yet.

Our group now has another challenge going on for next year,2015, but more about that further down the track. In the meantime I have plenty of other stitching to keep me busy.
at 1:25 pm No comments: 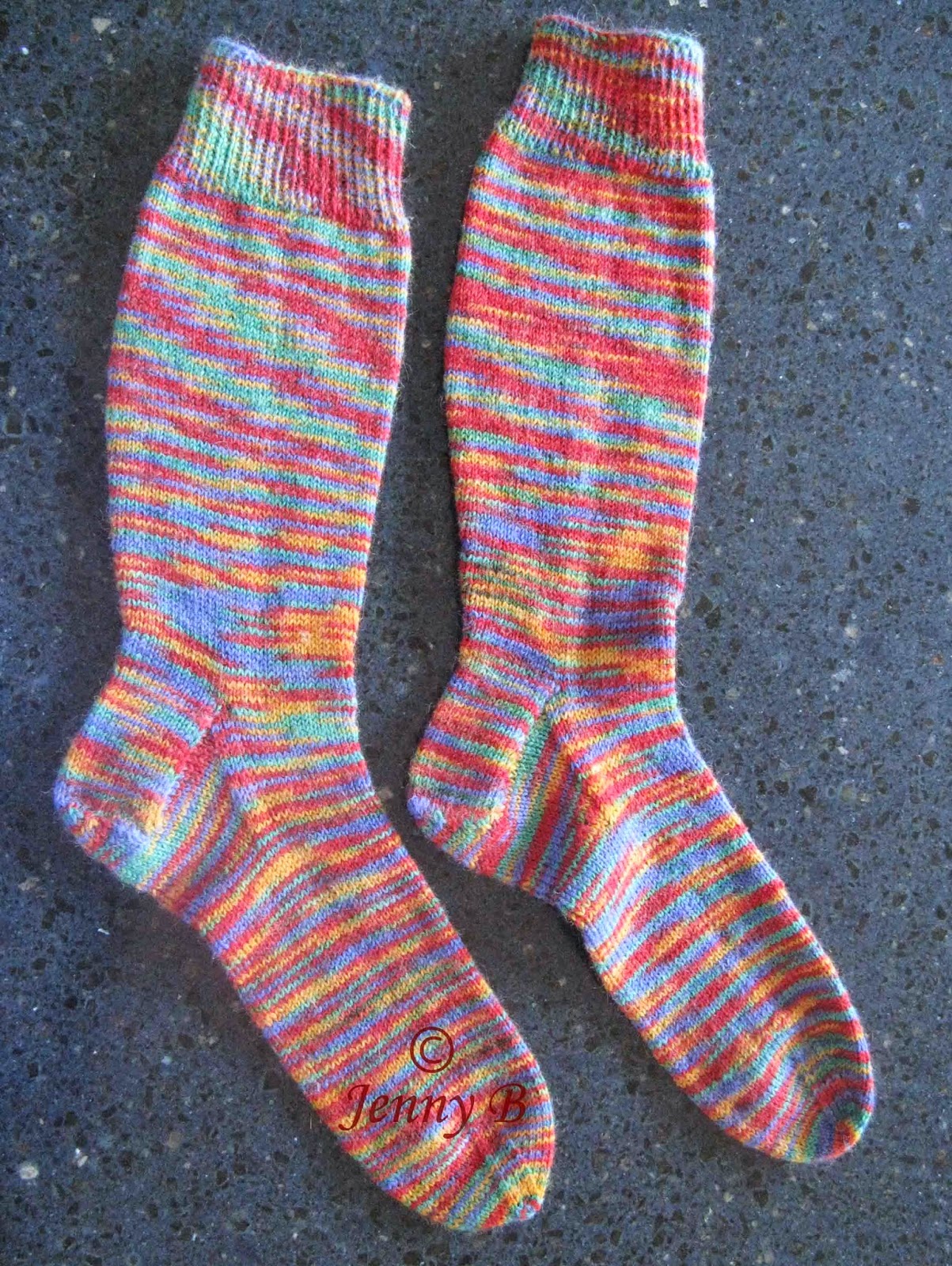 Another pair of socks finished. This is pair number four, and will have to wait for next winter to be worn. At least I will be ready for when those cold days hit in about six months time.

This pair is using the same pattern leaflet from Paytons that I used before, in a Lincraft 4ply Lullaby 100% wool. It is a variegated yarn, and I found it interesting how the colours changed when the decrease to the ankle stared.