I have been playing with more Dorset Buttons. There were four rings in the packet so now I have finished all four. They will all get some felt & a brooch clip applied to the back & be sold on our sales table later in the year. With these two I have combined wrapping with needleweaving & In one some surface stitching.

I still have another packet of rings, that's another four buttons. Come back to see what I do with those.
at 2:18 pm 9 comments: Links to this post

Finally finished! This is a scarf that I started at the end of winter last year. The yarn was fine, very cheap & very old, so consequently caused me many problems.

I chose a pattern off the Net, then proceeded to use only part of the pattern. It was very simple, involving only a few stitches and eight rows in the repeat. After a few rows, I found I was making mistakes, & proceeded to try to unpick it stitch by stitch. Because the yarn was so fine, it was difficult doing this, so I decided to rip out the needles & start again. Trying to unravel the work already done, the yarn gripped to itself, & would not unravel. I tried to gently coax it with a tug, but only succeeded in breaking the yarn. Mmmm............... old yarn............is it worth the hassle?

Well, it kept my fingers busy so I kept on with it, mistakes and all. There are plenty of mistakes, & I will be the first to point them out. They remain in the scarf purely because of the age & gripping factor of the yarn. I knew if I tried to unpick them I would end up with problems again, so I made a choice to leave the mistakes in. I figured that once scrunched & rolled around my neck, the mistakes would not be seen.

The fringe at the end is crocheted. I wanted something different to the normal fringe, so crocheted some rings & chains & attached them to the ends.

OK, so it may not get an A+ on any marking scale, but it is warm & will be great on those cold winter mornings that will be sure to come in a few months time.
at 1:00 pm 4 comments: Links to this post

Last Monday I had the pleasure to be a part of a Dorset Button workshop with Judith Langdon. What a pleasurable day, & what a pleasure it was to be in Judith's class. I have wanted to make these little gems for some time. I could have figured them out for myself but by being in the class there were other hidden gems to nut out, which may not have happened if I had been on my own. I can be "that student" when I am in a class, asking all the hard & tricky questions, but this didn't phase Judith at all. We spent some memorable time together nutting out how to produce a high top version.

The top pic is my first ever Dorset button, while the one below is my second one. There will be more to come, including some experiments with making a high top version. 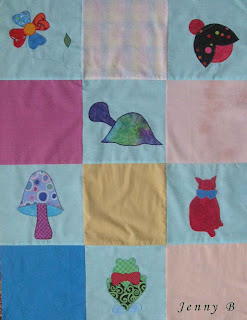 This is how the little appliquéd squares look when combined with some plain squares to make them go further. When complete, this will surely  brighten a  child's life.
at 1:10 pm 2 comments: Links to this post 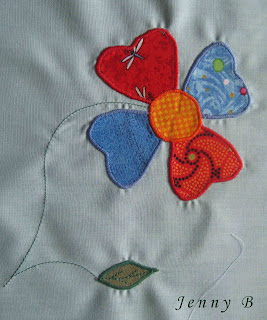 Well, it's been a while. What can I say? Yes, I have been creating, I create in some way every day. I have to have my textile  fix in some form at least once a day or go crazy. The fix can take on many forms, magazine browsing, chatting with textile friends, fabric/thread/yarn touching, pattern browsing or making, helping others with sewing dilemmas, visiting some textile exhibition, designing in some form for a new project,or simply playing with with needle fabric & thread. On any given day you will find me involved in at least one of these activities & quite often more than one.

So what have I been doing? Well, there is the knitting, the bobbin lace, the pulled work, the appliqué, the counted thread bookmarks,  the reticella play, not to mention helping my newest prodigy (hello Miss C)  with her sewing adventures. So you can see I have been creating, & you will see it all in good time. My Mother always used to say that all good things come to those who wait.

Today I will show you the appliqués I have done for another quilt for charity. They are all out of scraps, stitched onto a poly/cotton background. Poly/cotton can be such a pain to sew on, it always seems to pucker no matter how much stabiliser I use. The puckers will all blend in when the whole quilt is pieced, sandwiched, quilted & bound. Come back in a few days to see the quilt pieced together. 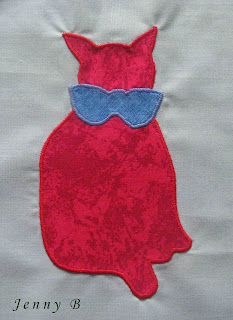 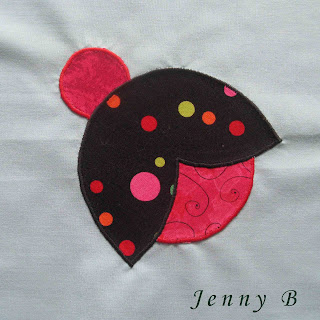 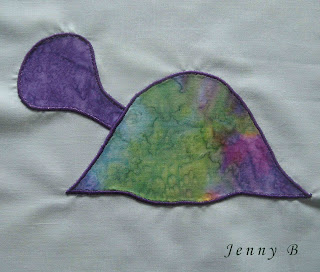 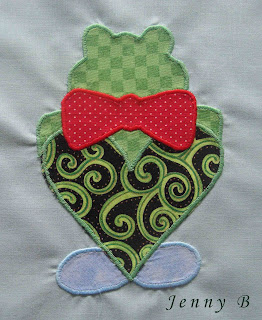 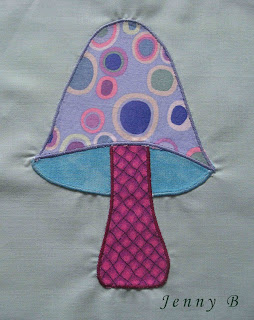