This sampler began way back in late 2006 when I joined in on a round robin with an on-line stitching  group that I belong to. I have blogged about the beginnings, the trials, the fixes, & the additions before if you would all like to read the back story.

I have decided that 2015, (8 years since the beginning!) will be the year to finish this sampler and turn it into the carry bag that it was designed for. So I have pulled it out and am very slowly working on it. 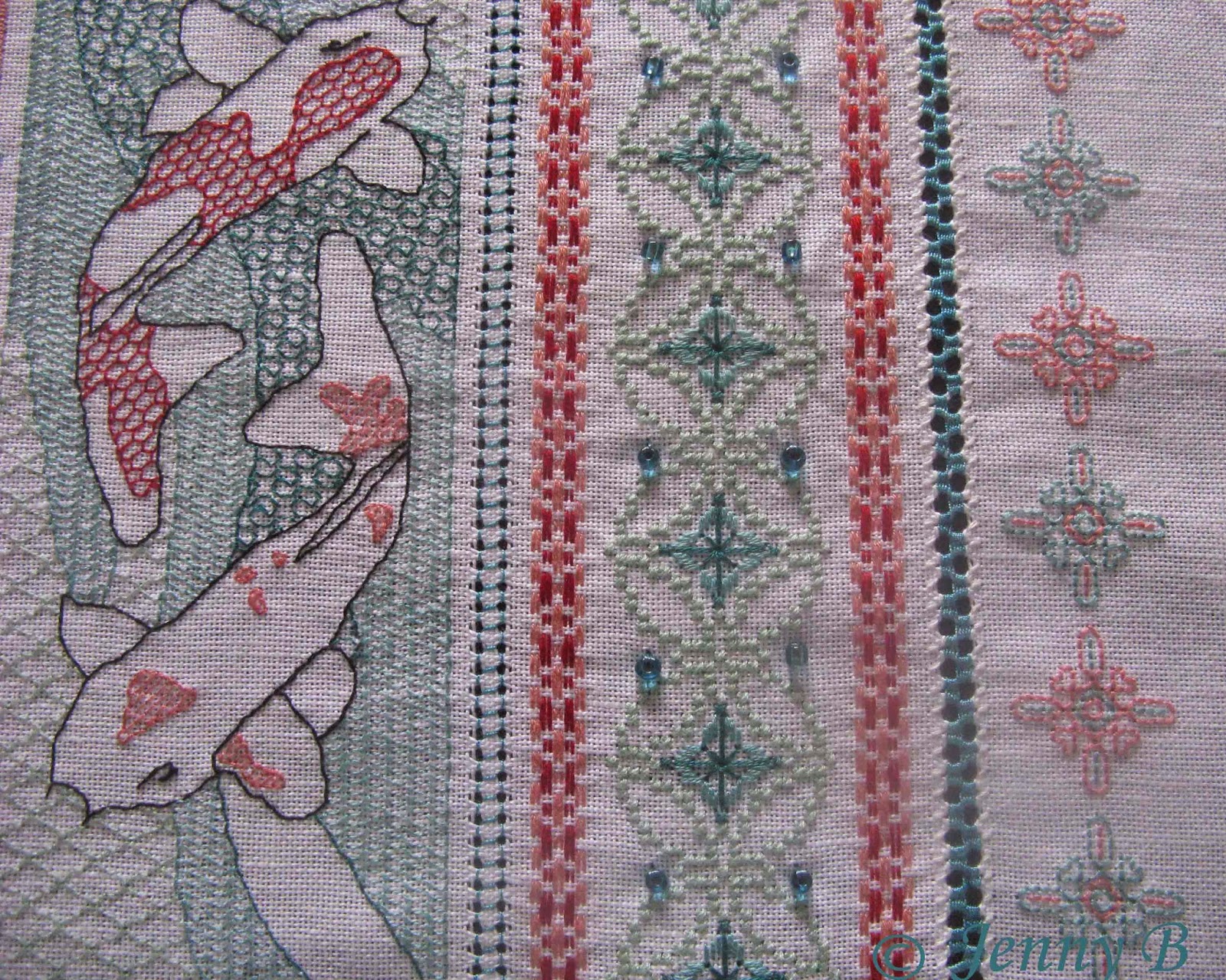 Last year I added another very narrow band of needle-weaving. I had been working another sampler featuring needle-weaving borders, and thought I could work one on here. The ones that I had been working on the other sampler were a little wide to work in the space I had, so I just narrowed it down. I have worked it here in the same  hand dyed green that I used in my hardanger band. 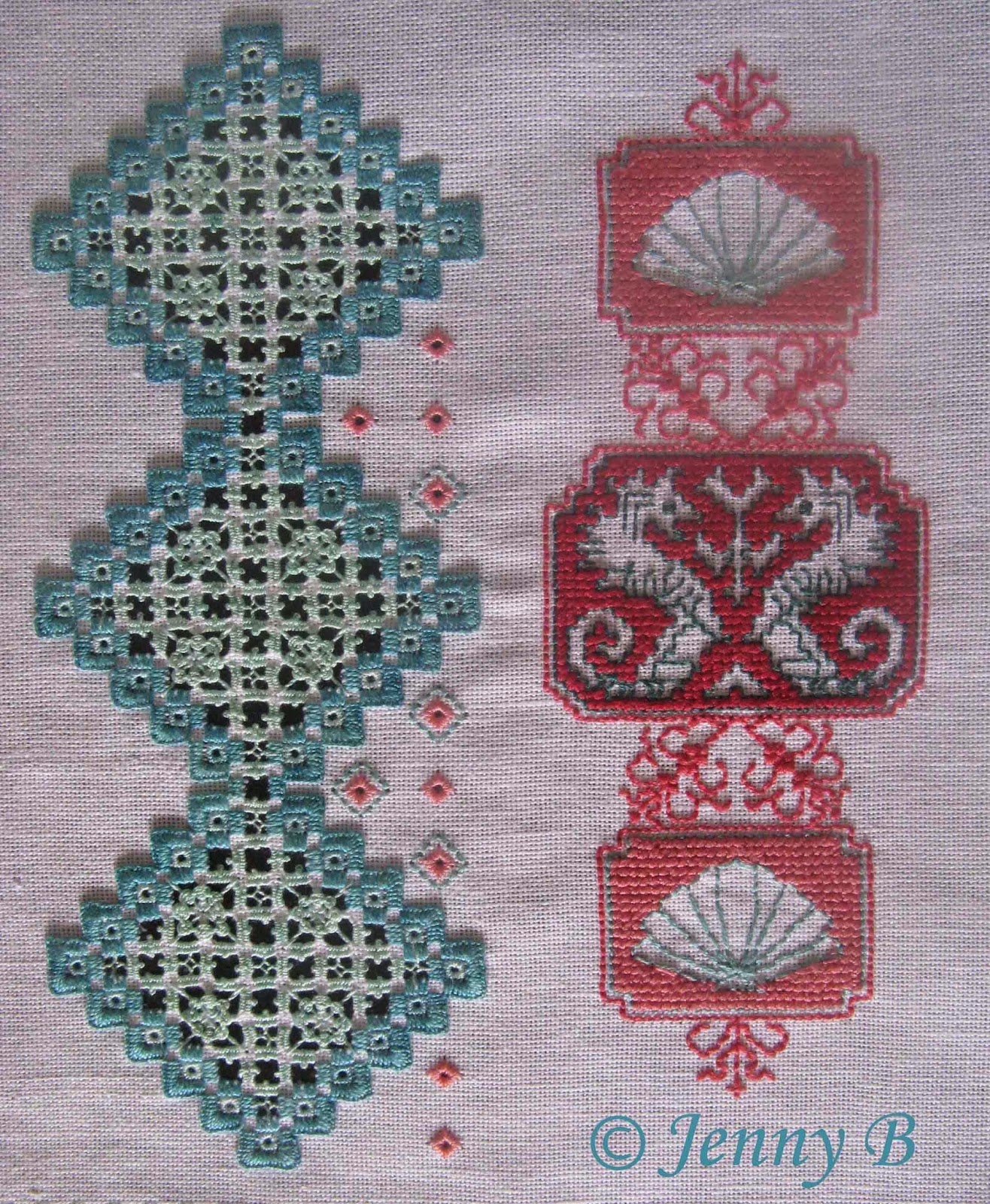 Further up the sampler is my hardanger band, sitting alongside the gorgeous seahorses that were stitched by Margaret. I feel the two bands sitting side by side are a little heavy, and there is still quite a bit of white fabric between, so my aim is to fill the white space. I have always felt that the triangular spaces left by my hardanger needed to be filled, but with what? A spur of the moment decision led me to eyelets, so I added them in pink. Still a little heavy so I have started outlining them in green to help soften them. I will wait until I work them on the other side before I make a decision to add anything else. My mind is playing with ideas, including a very narrow straight band of some kind between my eyelets and Margaret's seahorses, and maybe something else light between the eyelets. Ideas from outside in the blogging world are welcome. Watch this space!