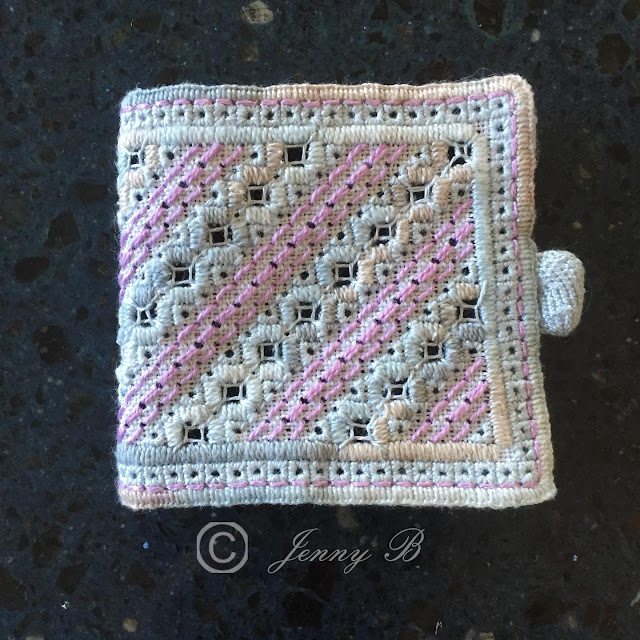 I had some fabric scraps left over from a major project I had  done and decided to make a little needle case with some of them. Good even weave linen is way too expensive to toss away, even the tiniest pieces. I also had plenty of left over threads from another project so decided to use those as well
I had no idea what I was going to do, so just did an outline in button hole stitch. I then added a row of eyelets and a row of satin stitch. It was looking dull so I worked a row of back stitch in pink to give it some life.
I had done another little needle case before with horizontal rows of stitching, so I had a brain wave that I could do diagonal rows in this one. Mmmm.......... I just started stitching Kloster blocks, then another row so that I could cut a little hole and put in a filling stitch.
Then came the half eyelets and a row of reverse faggoting in pink.
OK, it had some life, so I just kept repeating, and behold, before I knew it I had the outer layer of my needle case. 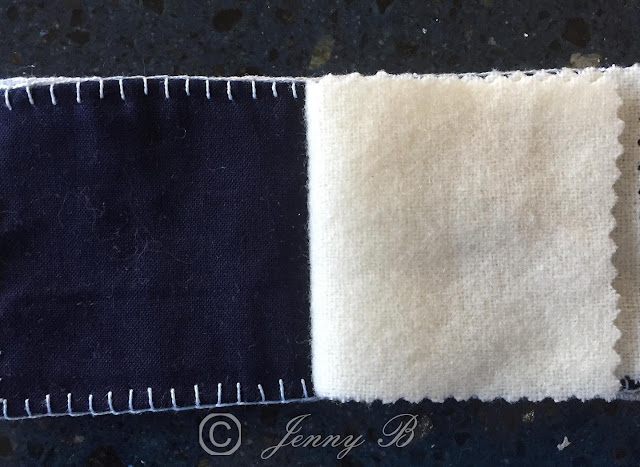 I added some navy lining, and some Dr's flannel from my stash. Mm.......... my sewing skills have fallen and the lining could have been straighter, so I added some button hole stitch to try and hide it.
Anyway, it is done, fabric scrap used, and it will be given away to a new little sewer in the making.
at 12:00 pm